Students Virginia May, Kate Ganley, and Jocelyn LaClair remove chestnuts from their shells
Watch on NEWS CENTER Maine
Read about it in the Portland Press Herald/Courier

Chestnuts may not be roasting on an open fire, but just in time for the holiday, they will be turned into delicious ice cream.

“This is the third year we’ve partnered with Sweet Cream to make and sell chestnut ice cream here in Biddeford,” explained Tom Klak, Ph.D., professor in the School of Marine and Environmental Programs. “The public response has been very positive. The ice cream sells out very quickly.”

Klak and his students are working to restore the American Chestnut tree. Once touted as “the redwood of the East,” the tree was all but destroyed during the last century by a fungal blight that is still killing the few remaining trees today. The blight has wiped out an estimated four billion chestnuts.

Klak collaborates with a team of scientists who created fungal blight-tolerant chestnut seedlings by inserting a gene from wheat into them. The wheat gene protects the plant from the blight. UNE is the only place in New England and one of the few places in the country that has the seedlings.

Chestnuts were a key part of American diets before the blight arrived. To show the public that chestnuts are a good and delicious food source, Klak and his students are partnering with Biddeford’s Sweet Cream Dairy to make chestnut ice cream again this year.

“The idea of connecting the University of New England with a local shop owner in Biddeford, build that relationship, and introduce local people to this ice cream, is just a really great combination of interests and local partnerships,” Klak commented.

“We were thinking of holiday flavors and we thought about trying chestnuts,” Jonathan Denton said. “I heard there was a professor at UNE who is trying to restore American chestnut trees, which I was thought was pretty unique. I contacted him and we teamed up to make the ice cream.”

Klak and some of his students recently visited Sweet Cream to begin the process by removing the chestnuts from their shells. NEWS CENTER Maine came along and featured the project on the evening news.

“Chestnut is one of our most labor-intensive flavors,” Denton stated. “Eventually we will pressure cook the chestnut meat with some sugar and kind of make a puree. Then we blend that into the ice cream. It comes out looking like soft serve and then it has to harden overnight.”

Proceeds from the ice cream will be donated to the American Chestnut Foundation.

Klak hopes the ice cream will also generate some interest in his restoration project.

“Who doesn't like ice cream?” Klak asked. “This ice cream is really outstanding. People will say, ‘I didn't know how delicious chestnuts could be.’ Then maybe they will ask what is behind it and we can connect it with the science that we are doing.” 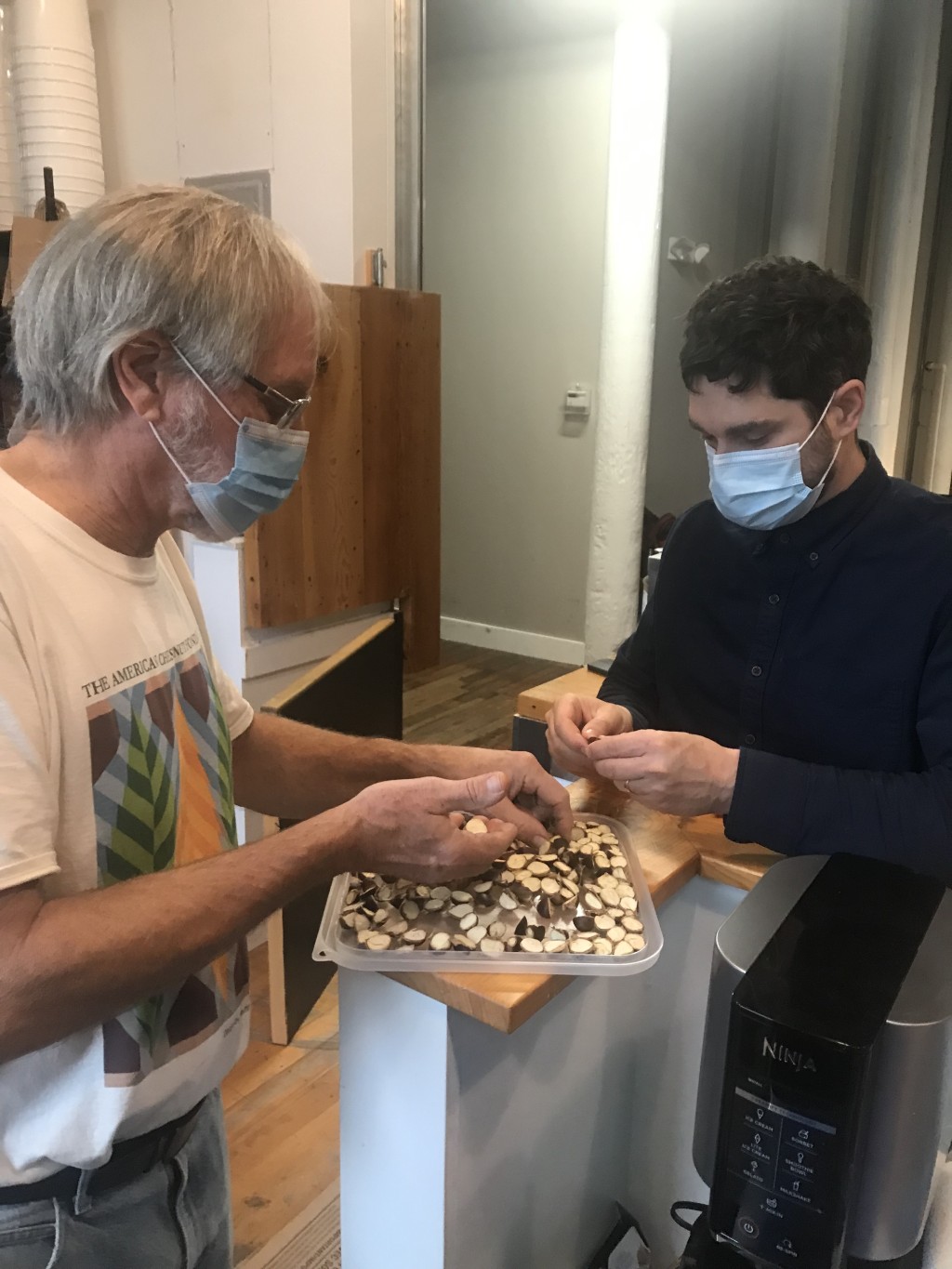 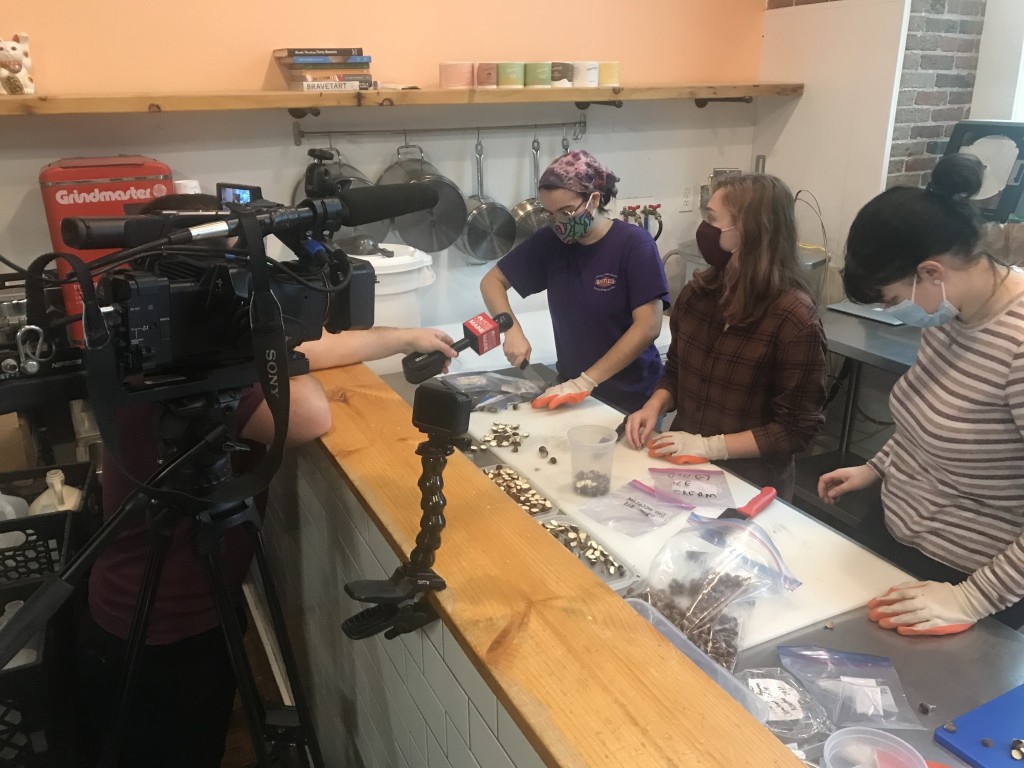 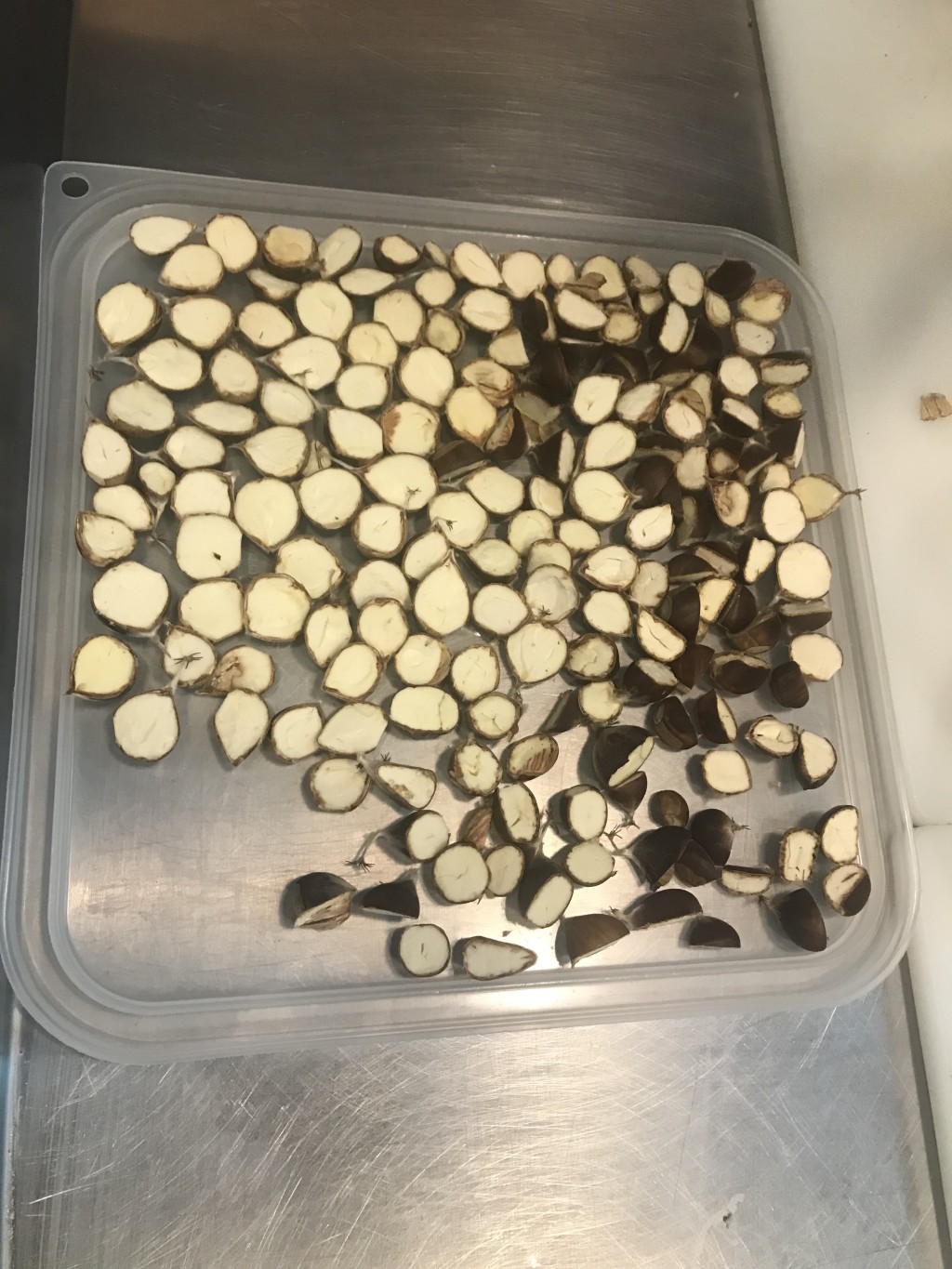