On a bright, chilly Monday morning, three students from the School of Pharmacy arrived at the Portland headquarters of Partners for World Health with a check for $5000. Three local television stations, WMTW, WGME, and NEWS CENTER Maine were there to capture the check presentation for the evening news.

What made the donation so special was the fact that it almost did not happen.

School of Pharmacy second-year students traditionally hold an annual gala to celebrate the halfway point toward their degree. It also provides an opportunity for them to give back to their community by donating the money raised by the event to a charitable organization of their choosing.

This year the tradition had to be canceled due to the pandemic. Undaunted, students held a series of smaller fundraising events so that they could still donate money to their chosen charity, Partners for World Health (PWH), a local organization that collects medical supplies and equipment for distribution to individuals, communities, and health care facilities in need. PWH also aims to improve health conditions by sending medical personnel on medical missions to developing countries.

“We decided that it would still be very important for our class to make a contribution to Partners for World Health because we really believe in their mission,” explained Michaela Myerson, president of UNE School of Pharmacy Class of 2022.

The cancelation of the gala was a big disappointment for students. But they remained focus on the real goal of the event.

“It was super disappointing having to cancel our gala, but it did make us stop and think about why we were hosting the gala in the first place,” said Brianna Gower (Pharm.D. ’22). “We were raising money and planning to donate it.”

The students had already begun raising money before the gala was canceled.

“We were doing great on fundraising, and we had a goal of beating $10,000,” commented Julia Busiere (Pharm.D. ’22). “With delays in our fundraising efforts because of the pandemic, we just could not do that. We made it our priority to save the funds that we do have and make the biggest donation we could.”

The money will be used to help people in India, one of the places by hit hardest by COVID-19. PWH will ship a container full of medical supplies to Mumbai. From there it will be trucked nine hours to a community rural health project.

“The students are making this happen because their donation is paying for the shipment of this container,” said Elizabeth McLellan, founder and president of PWH.

McLellan says she is appreciative for all the support UNE has provided to her organization over the years. Dozens of students have spent countless hours volunteering for PWH. She is especially impressed with the School of Pharmacy students who persevered during a pandemic to meet their goal of supporting her organizations efforts.

“The fact that they remained so committed to Partners for World Health and really believed in us was very impressive,” McLellan stated. “I am most thankful and most grateful for their efforts.” 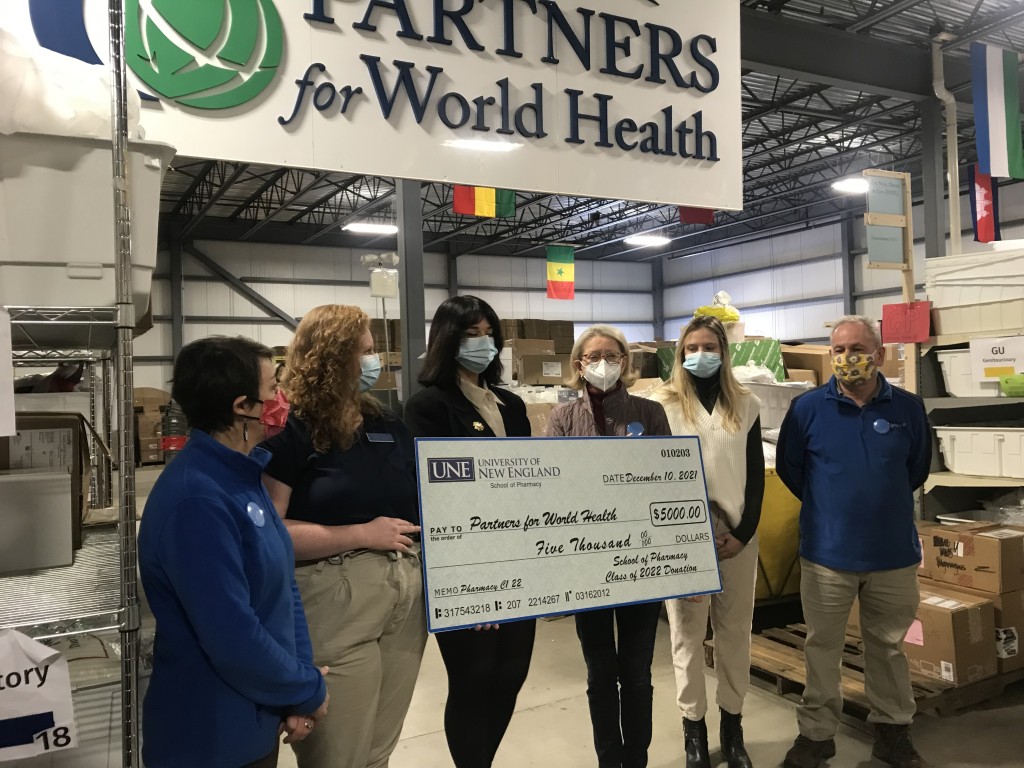 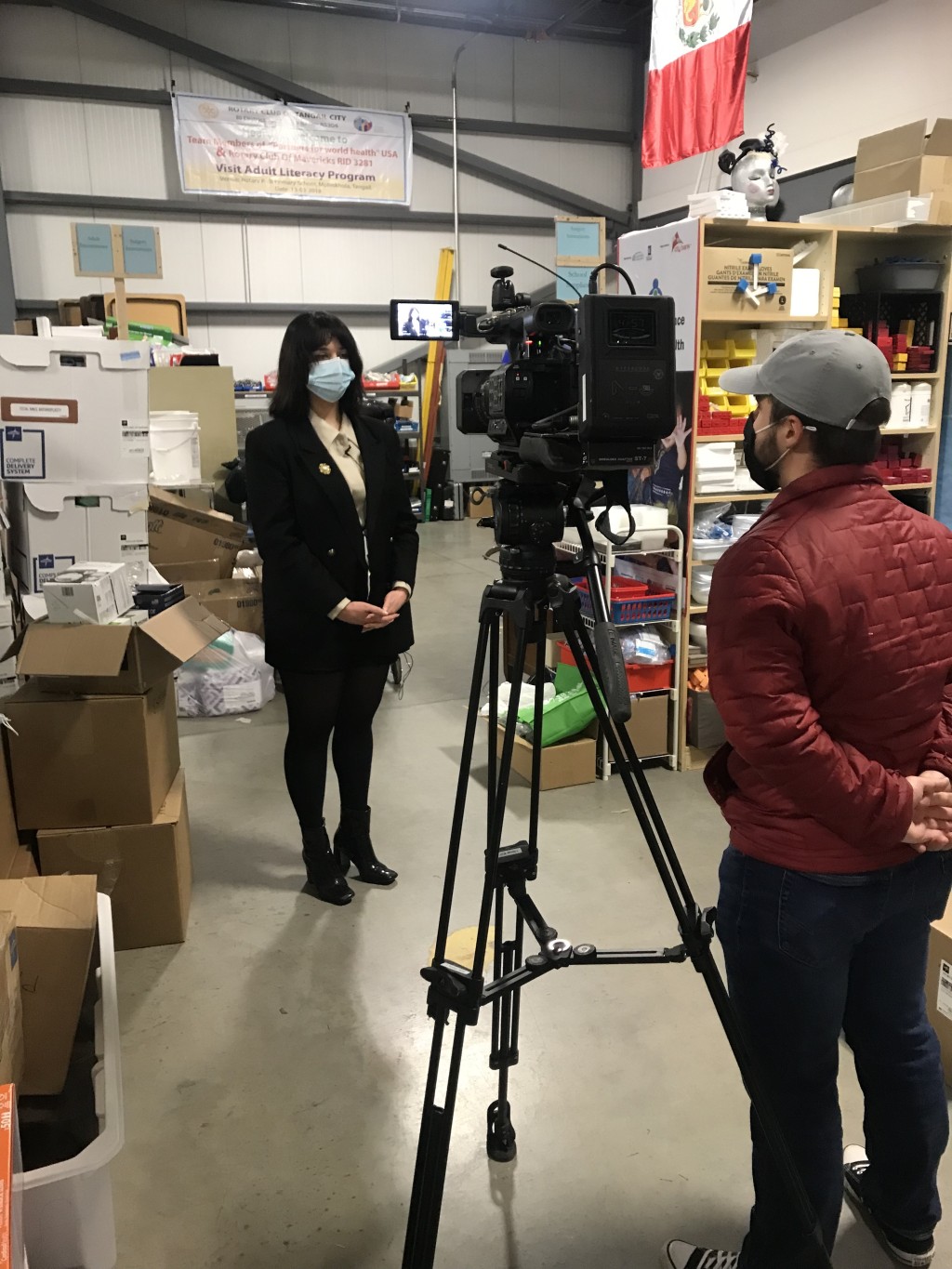 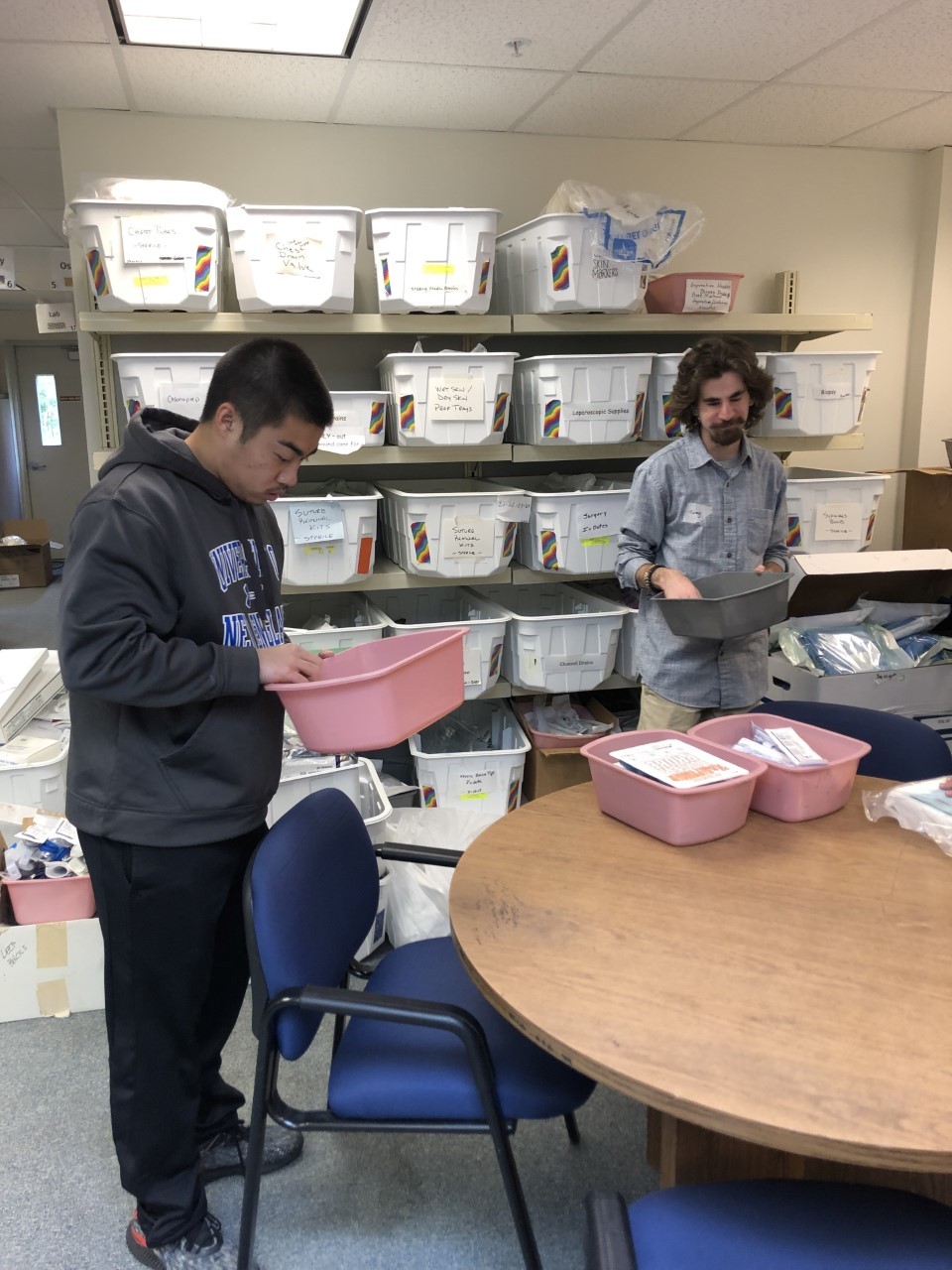 Students volunteering at PWH
Return to all news