As aquaculture expands off coasts around the globe, Carrie Byron, Ph.D., associate professor in the School of Marine and Environmental Programs, is part of a team working to better understand the restorative nature of aquaculture.

“Other researchers have been quantifying ecosystem services such as carbon sequestration and nutrient bioremediation,” stated Byron. “Global warming is attributed to an abundance of carbon in the atmosphere. Similarly, many of our coastal waters, worldwide, are impaired by too much nitrogen in the water. Kelp utilizes these sources of carbon and nitrogen for growth.”

Byron says there is some literature about the carbon sequestration and nutrient bioremediation benefits that seaweed provides to the environment. She says this new research project is taking a slightly different tact by looking at biodiversity and habitat provisions that seaweed farming can provide.

In addition to assessing seaweed alone, research will also be conducted to analyze the ecological effects of kelp when co-cultured with local mussel species.

“We know that fish and other animals are attracted to structures being put in the water,” she said. “It changes the species community and biodiversity in that local area. Nobody has examined or quantified this for seaweed farms in particular.”

Graduate student Emilly Schutt is working alongside Byron on the project.

“There is a documented decline of wild kelp in the southern half of the Gulf of Maine,” Schutt explained. “Farmed kelp may be valuable in delivering ecosystem services that may otherwise be lost or greatly diminished by those declines.”

The provisioning of habitat for wild species by aquaculture is an area where current scientific knowledge is limited and is considered a high priority area for future research. Additionally, commercial species such as cod and lobster are highly valued in the Gulf of Maine. Byron and the TNC team want to know if aquaculture could be supporting these wild-capture species by providing them habitat.

The study provides a key opportunity for collaboration between two geographies that have ideal environmental conditions for producing seaweed. Most of the seaweed farmed in Maine is for human consumption. New Zealand is only starting its seaweed aquaculture industry and looks to Maine as a leader in the industry. Both the Gulf of Maine and Northern New Zealand ranked in the top 25 priority marine ecoregions globally for seaweed and shellfish aquaculture in The Nature Conservancy’s global assessment of priority ecoregions for restorative aquaculture.

Most people are not aware of the benefits that aquaculture can provide to the ecosystem and incorrectly associate aquaculture as having only negative impacts on the environment. Byron is hoping the results of the project can go a long way towards changing the public’s perspective of aquaculture. 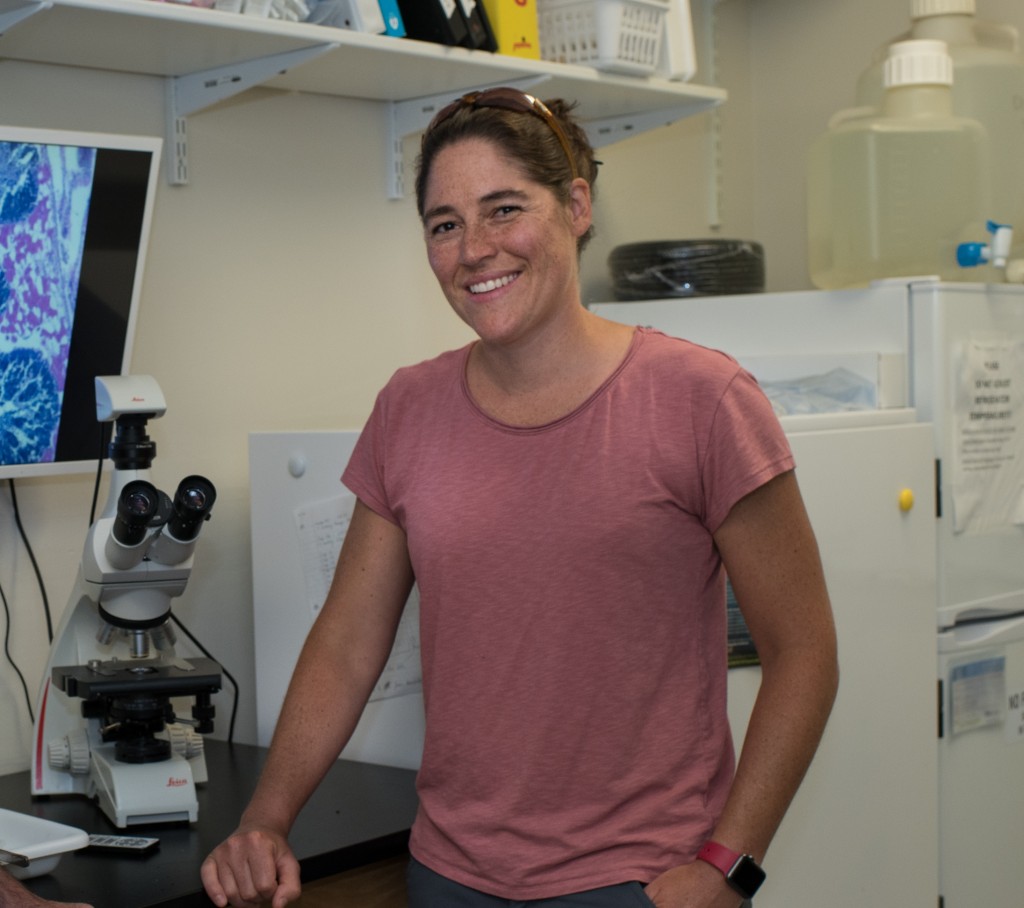 Carrie Byron, associate professor in the School of Marine and Environmental Programs