Lila Gaudrault (Nursing, ’25) took the women's lead at Mile 19 and didn't look back.

That’s how long it took UNE student Lila Gaudrault (Nursing, ’25) to become the first woman to cross the finish line at the 2022 Maine Marathon on Sunday, Oct. 2.

It was only the third marathon for the Cape Elizabeth native, who took the lead at Mile 19 of the race and left all other female competitors in her wake.

“I didn’t look back,” the 19-year-old Gaudrault reflected.

There were a total 746 finishers of the 26.2-mile race, the course for which snaked around Portland’s Back Cove, up the Falmouth Foreside, and through parts of Cumberland and Yarmouth before it sent runners back the way they came.

“It was so incredible,” Gaudrault said about crossing the finish line. “It was the biggest race I’ve ever won, and I didn’t expect to win at all. There was so much support and great competition.”

Gaudrault will graduate with a Bachelor of Science in Nursing (B.S.N.) from UNE in 2025, and she eventually hopes to work with pediatric populations as a school nurse. But, she said, she’ll keep running the distance, even working her way up to a 50-mile ultramarathon later this fall.

“I’m going to just keep training hard and see where it gets me,” she said. 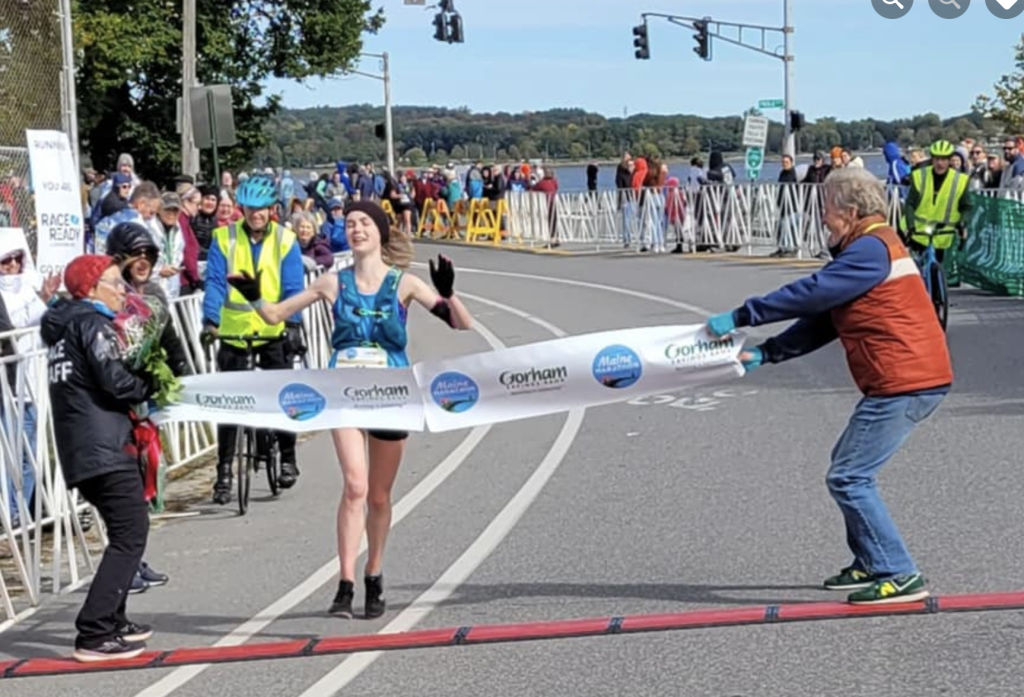 Gaudrault crosses the finish line at the Maine Marathon on Oct. 2. 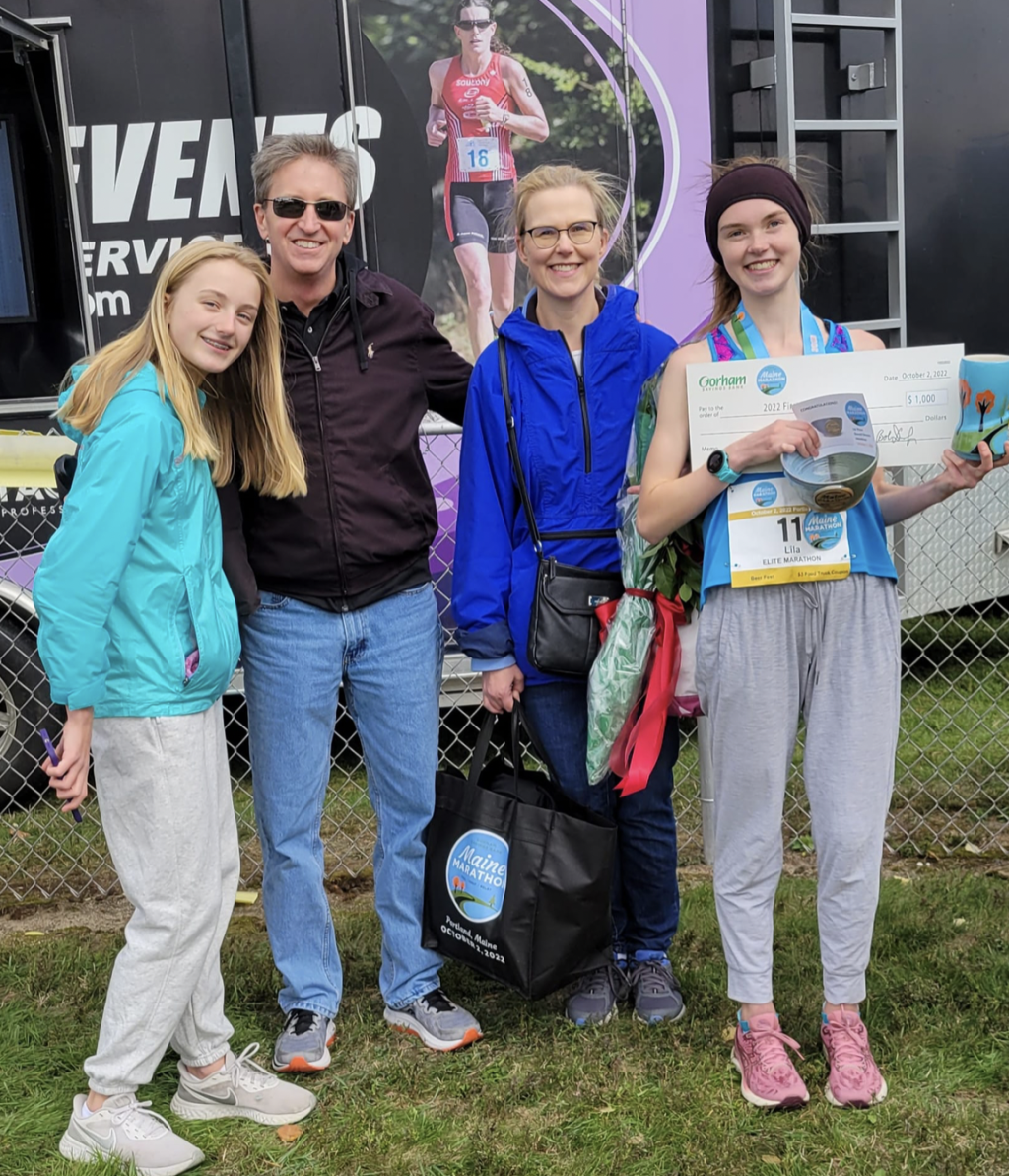 Gaudrault poses with her family and awards.