"They say, ‘No choice’ — we say, ‘Pro-choice!’” the group of more than 50 students and faculty chanted as they trudged through puddles and swampy earth. They gathered in the rain, braving strong winds to march in solidarity for women’s reproductive rights.

Following moving speeches and the recitation of poetry, the group, equipped with handmade signs, umbrellas, and plastic rain ponchos, meandered from the Forum, through the tunnel under Route 9, and by the Campus Center before arriving at the Ripich Commons, where marchers gathered for continued discussion.

The event was organized to raise awareness of recent attempts to restrict women’s access to reproductive health care, most notably the Supreme Court’s recent overturning of Roe v. Wade, which had legalized abortion nationwide.

“Holding the Women's March again this year was so important to us,” McLaughlin remarked. “Women's rights are still under attack, and that has become even more apparent in recent months. We wanted to show that UNE is a place that values equal rights and women's reproductive freedom. I think our strong and mighty group that marched across campus sent that message loud and clear.” 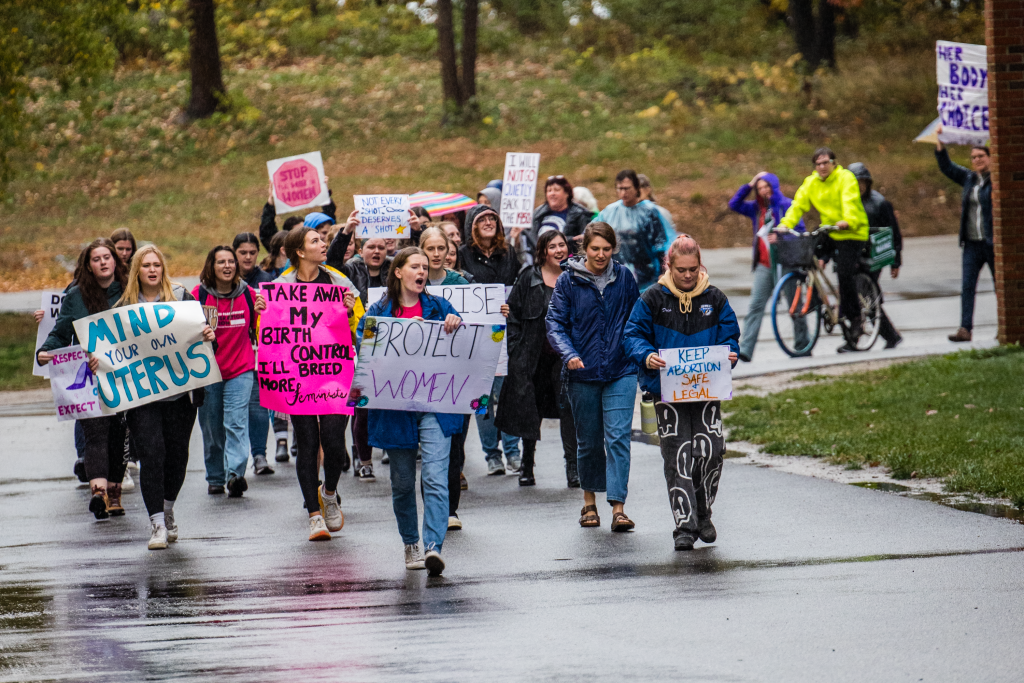 The group marches toward the Ripich Commons 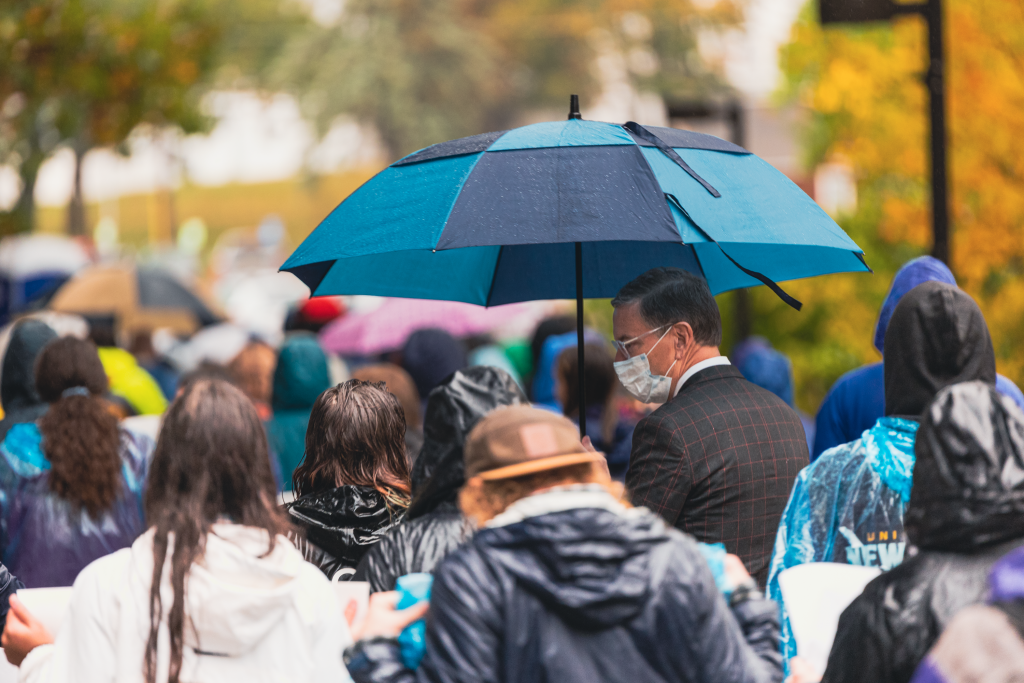 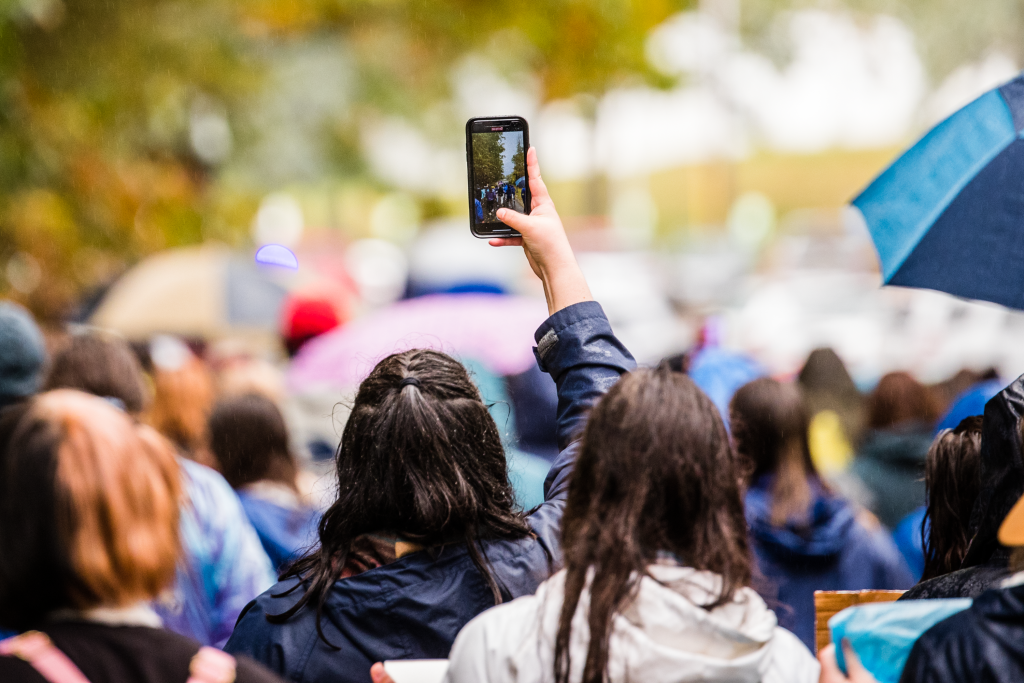 A student documents the march 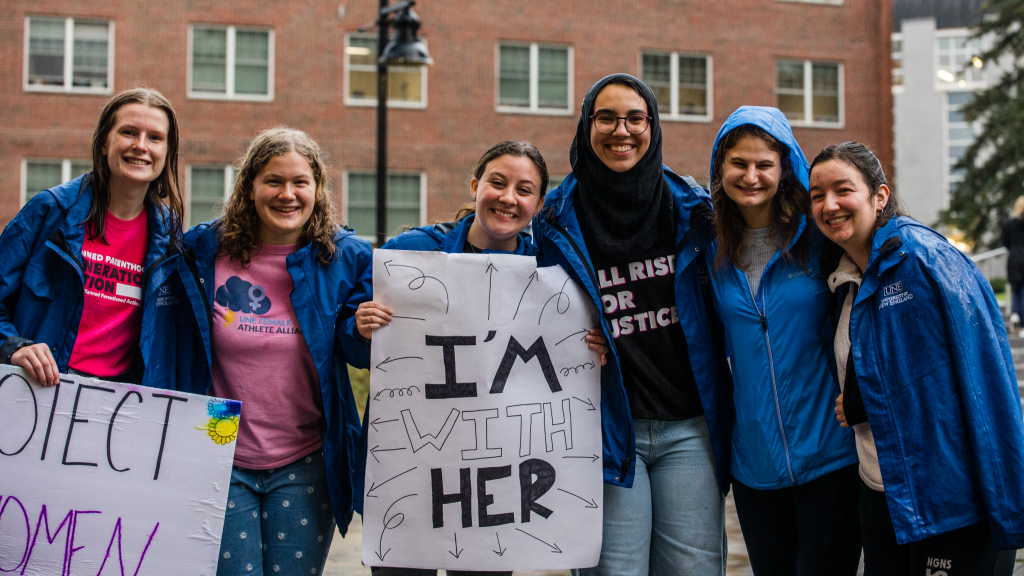 Student organizers pose for a photo