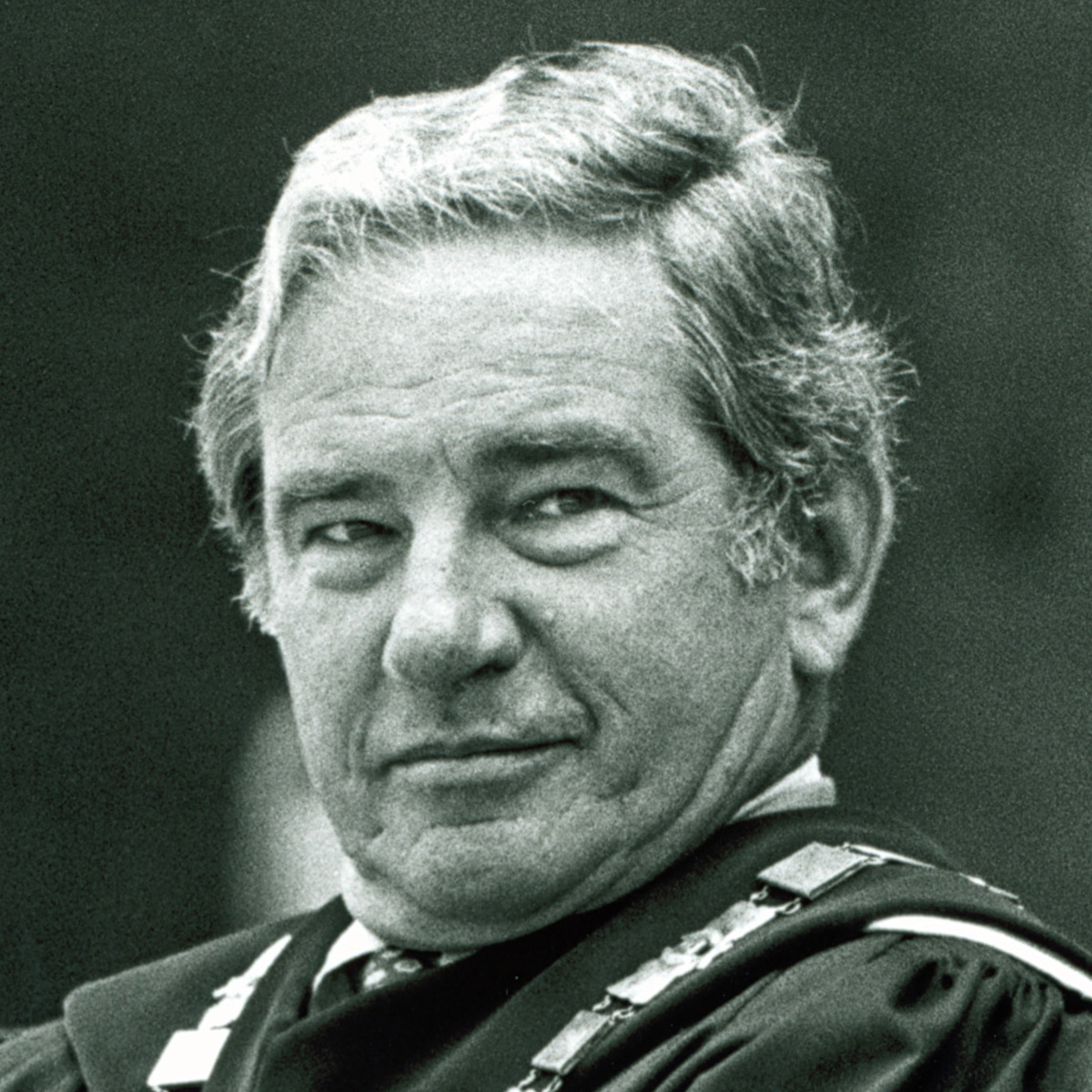 During his tenure, Reynolds increased student enrollment, improved the quality of UNE's academic offerings, and expanded the budget. He also oversaw the design of the Harold Alfond Center for Health Sciences, a state-of-the-art academic building with three levels of labs, classrooms and learning spaces, and played an instrumental role in acquiring the land on the west side of Pool Street for the University.

He saw something here, material in the raw that had the potentiality for greatness." —Neil Rolde, UNE Trustee

Reynolds was born in 1920 in New York City. He earned a bachelor's degree in political science from Williams College in 1942, after which he enlisted in the U.S. Army and served as a Tank Unit Commander. Following the war, Reynolds received a master's degree and a Ph.D. in history from Columbia University. His long career in academia began with a teaching position at Hunter College, and Reynolds would go on to become a professor and dean at Middlebury College and the fifth president of Bates College. He served at Bates for 22 years before coming to UNE.

In addition to his work in higher education, Reynolds served as director of the Public Broadcasting Service; trustee and chairman of the board of WCBB-TV; and director of Liberty Mutual. He was also a director and member of several professional organizations including the National Association of Independent Colleges and Universities and the New England Colleges Fund.

While serving in the U.S. Army, Reynolds was awarded with the Army's Bronze Star and the French Croix de Guerre with Silver Star.

Reynolds chaired the Governor's Special Commission on the Status of Education in Maine.