Five students in the Accelerated Bachelor of Science in Nursing (ABSN) program were recently recognized during a reception as the 2019 recipients of Fuld scholarships.

The scholarships are provided as part of a $900,000 grant from the Helene Fuld Health Trust. Established in 1935 by Leonhard Felix Fuld and his sister Florentine in honor of their mother Helene, the Fuld Trust has made a profound impact on the nursing profession. The grant to UNE will establish a $750,000 endowment yielding scholarships for ABSN students in perpetuity, with $150,000 allocated to current use scholarships over the next three years.

“The scholarship is offering five students every year a significant tuition break,” said Jen Morton, D.N.P., M.P.H., A.P.H.N.-B.C., director of UNE’s School of Nursing and Population Health. “We talked with some of them who said that they wouldn't be able to do this program without it.”

Beauchesne says the scholarship will help her focus on her studies rather than financial concerns.

“It helps me tremendously,” she stated. “I’m taking out less in loans and not worrying about rent and living in Portland.”

The ABSN pre-licensure program provides a rigorous, fast-paced sixteen-month program of study for students who have earned a prior bachelor’s degree and aspire to a career in nursing.

Dubois has a degree in Applied Exercise Science from UNE. She decided to pursue nursing during an internship working with nurses and cardiac patients at Southern Maine Health Care in Biddeford.

“That lit a spark and I decided, that's what I want to do,” Dubois explained. “I want to be more interactive with patients and help them in their healing process.”

Dubois says she plans to stay in Maine after securing her nursing degree.

UNE President James Herbert told the recipients they can help address a growing shortage in the nursing field.

“I was pleased to hear that some of you are planning to stay in Maine after you graduate,” he told them. “We're going to need more than 3,000 nurses in Maine in the coming years. UNE now has the largest nursing program in the state and the program with the best outcomes.”

The Helene Fuld Health Trust, located in New York, is the nation’s largest charitable trust focused solely on the support of nurses and nursing education. 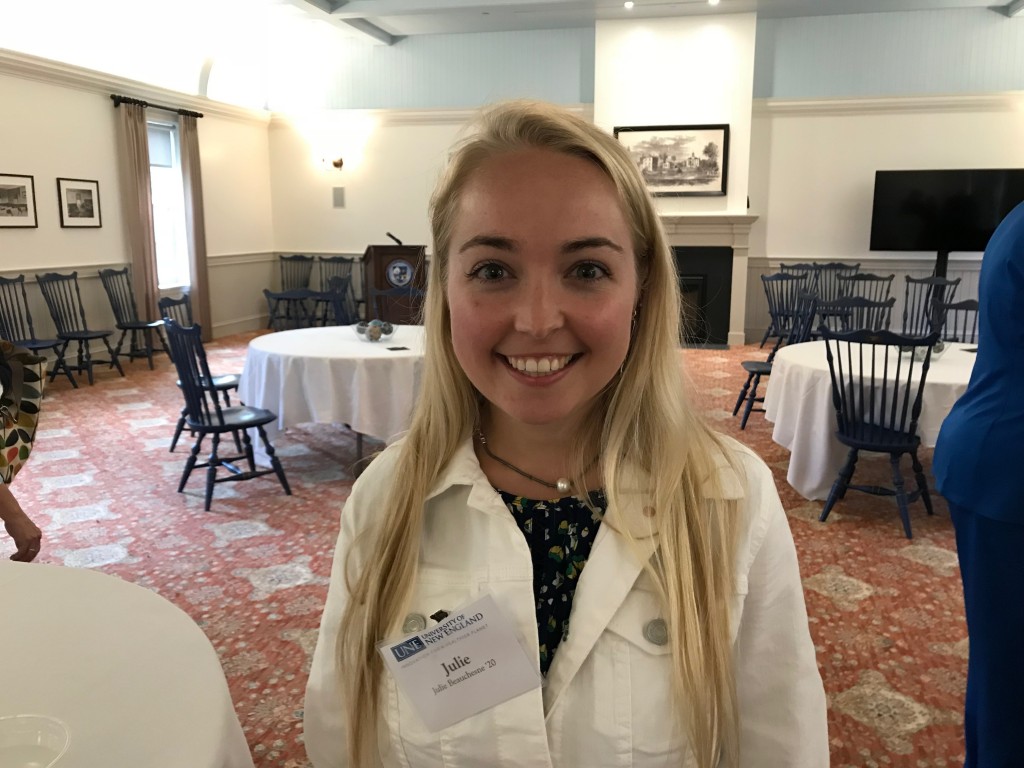 Julie Beauchesne has worked as a Certified Nurse Assistant
Image 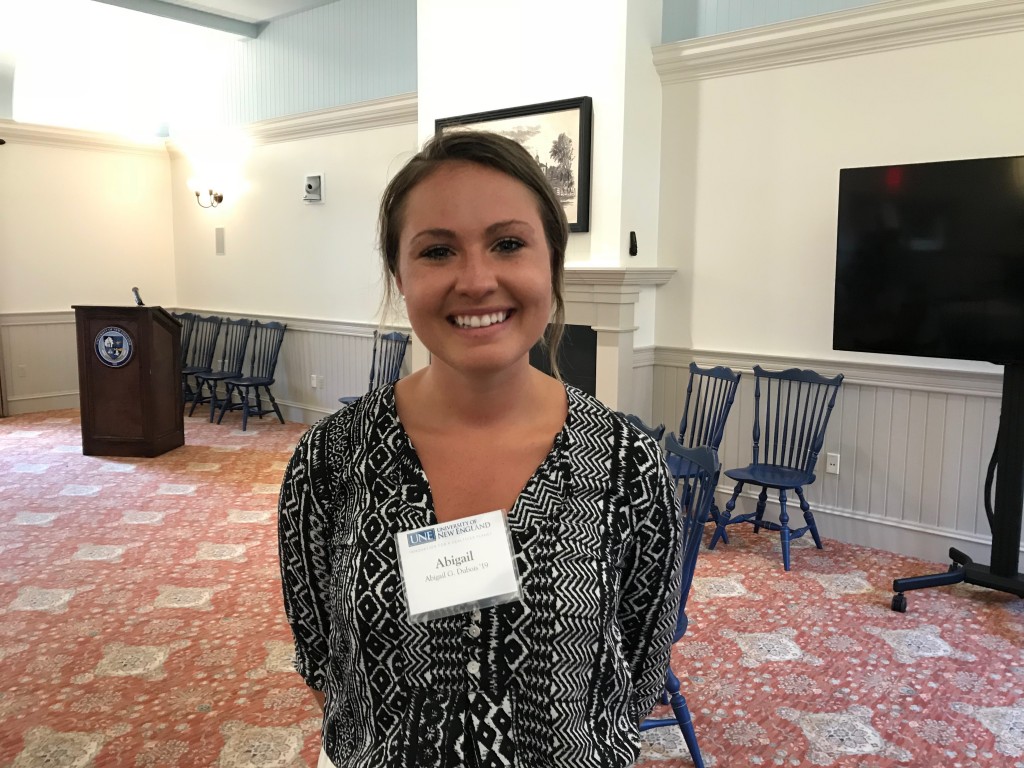 Abigail Dubois has a degree in Applied Exercise Science from UNE