The 7-year-old girl who wrote a Valentine’s Day card to the University of New England’s rare yellow lobster, Banana, has finally met the famed invertebrate.

Uliana Cavalier of Berwick, arguably Banana’s biggest fan, toured the tanks of the Arthur P. Girard Marine Science Center on UNE’s Biddeford Campus on Wednesday, May 26. She was joined by her mother, Zealia, and her aunt, Lyzz Andrews.

Leading the tour were Lindsay Forrette, M.S., lab coordinator and chemical hygiene officer in the School of Marine and Environmental Programs, and Markus Frederich, Ph.D., professor of Marine Sciences, who introduced Uliana to Banana in addition to answering questions about lobsters and other marine life.

Banana came to UNE in February after being caught by lobsterman Marley Babb, who kindly donated her to UNE. Her yellow color comes from a pigment in the lobster's shell, and the odds of catching such a lobster are about one in 30 million.

Uliana wrote to Banana in February with a Valentine’s Card affectionately and appropriately labeled, “You’re My Lobster.”

On Wednesday, she and family were also introduced to the Marine Science Center’s latest viral crustacean sensation, a half-orange, half-brown lobster considered to be a one-in-50 million catch, who arrived at UNE last week.

The currently unnamed lobster was donated by Eric Payne from Inland Seafood Corporation, one of the leading packers of Maine lobster. The race is on to name the unusually colored lobster, with some suggesting he be named “Banana Split.” A contest is underway to determine a name.

The University of New England is sharing an $860,000 grant from the National Science Foundation (NSF) with the Maine Department of Marine Resources, Bigelow Laboratory for Ocean Sciences, and Hood College in Maryland to study the impact that a warming Gulf of Maine is having on lobster larvae and their success in growing to adulthood.

Uliana became interested in lobsters around the age of five, she said, and was excited to meet Banana and learn more about her. She smiled widely in the sunshine outside the Marine Science Center as she left the tour.

“She’s been talking about this for so long,” said her mother, Zealia. 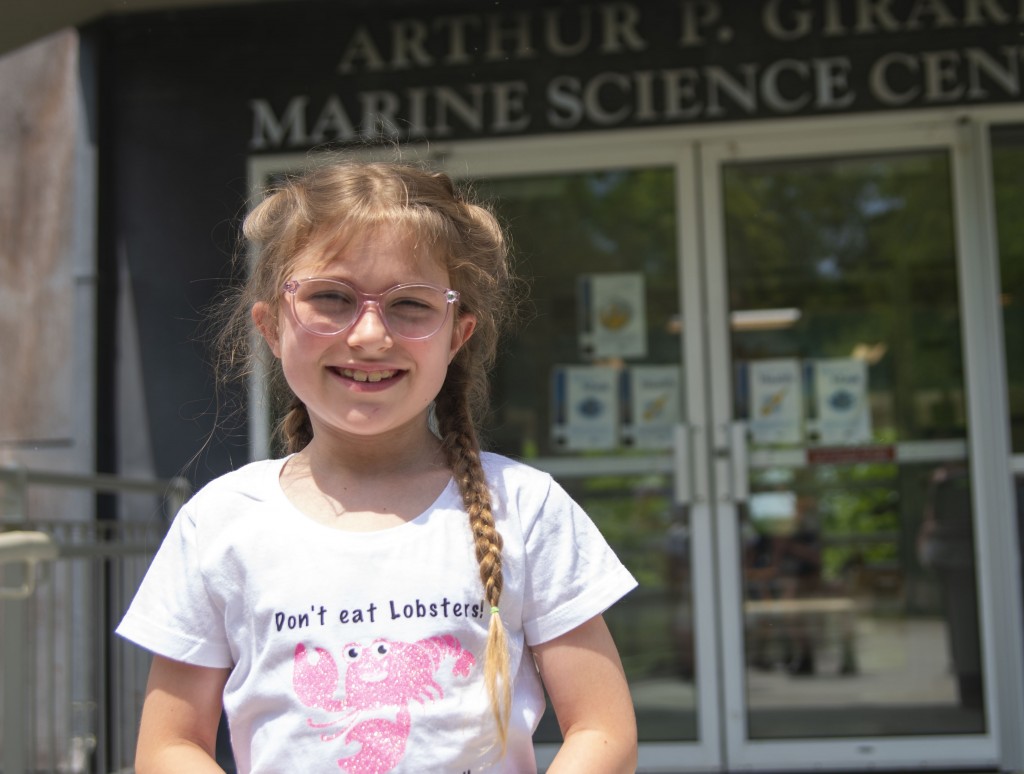 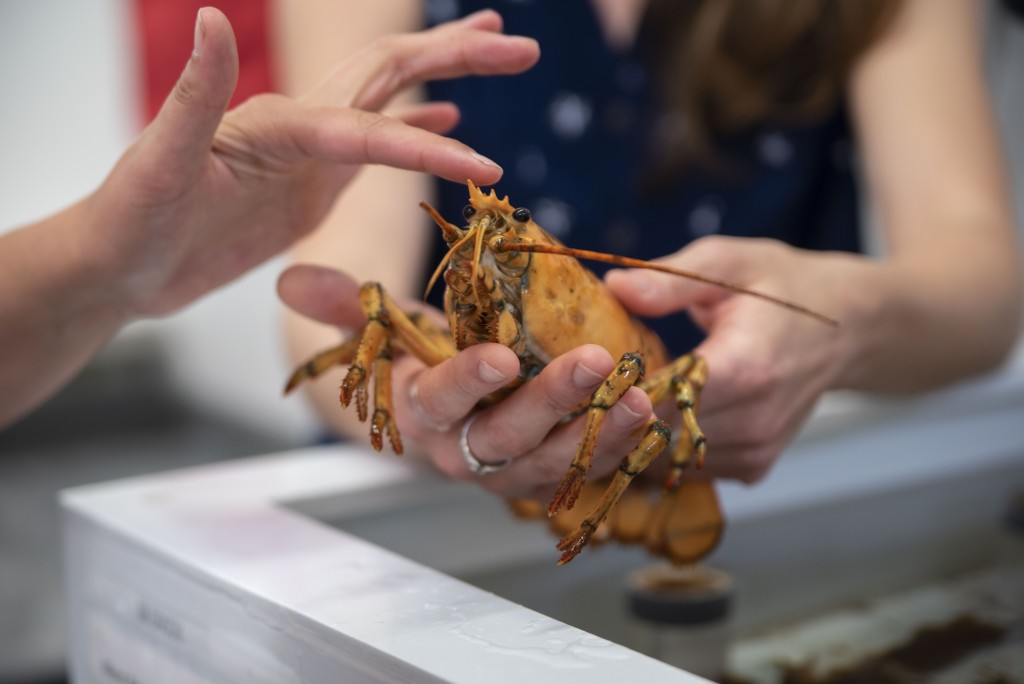 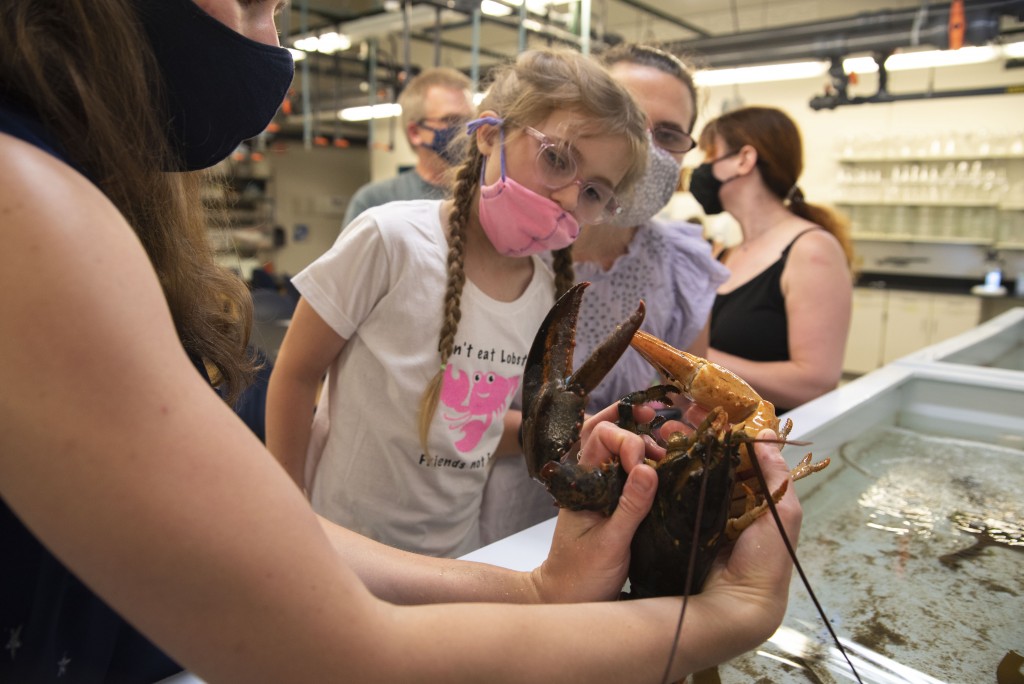 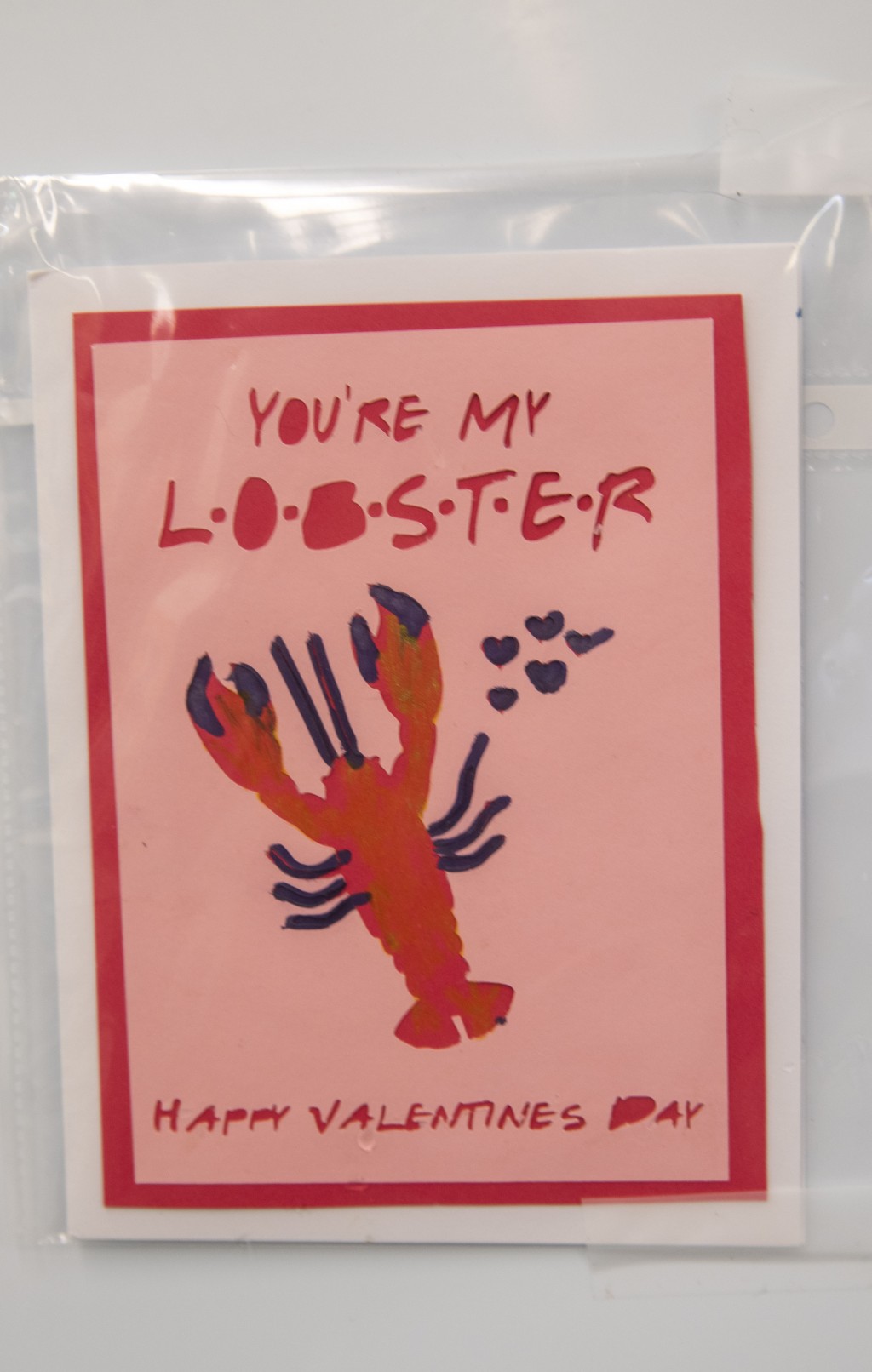