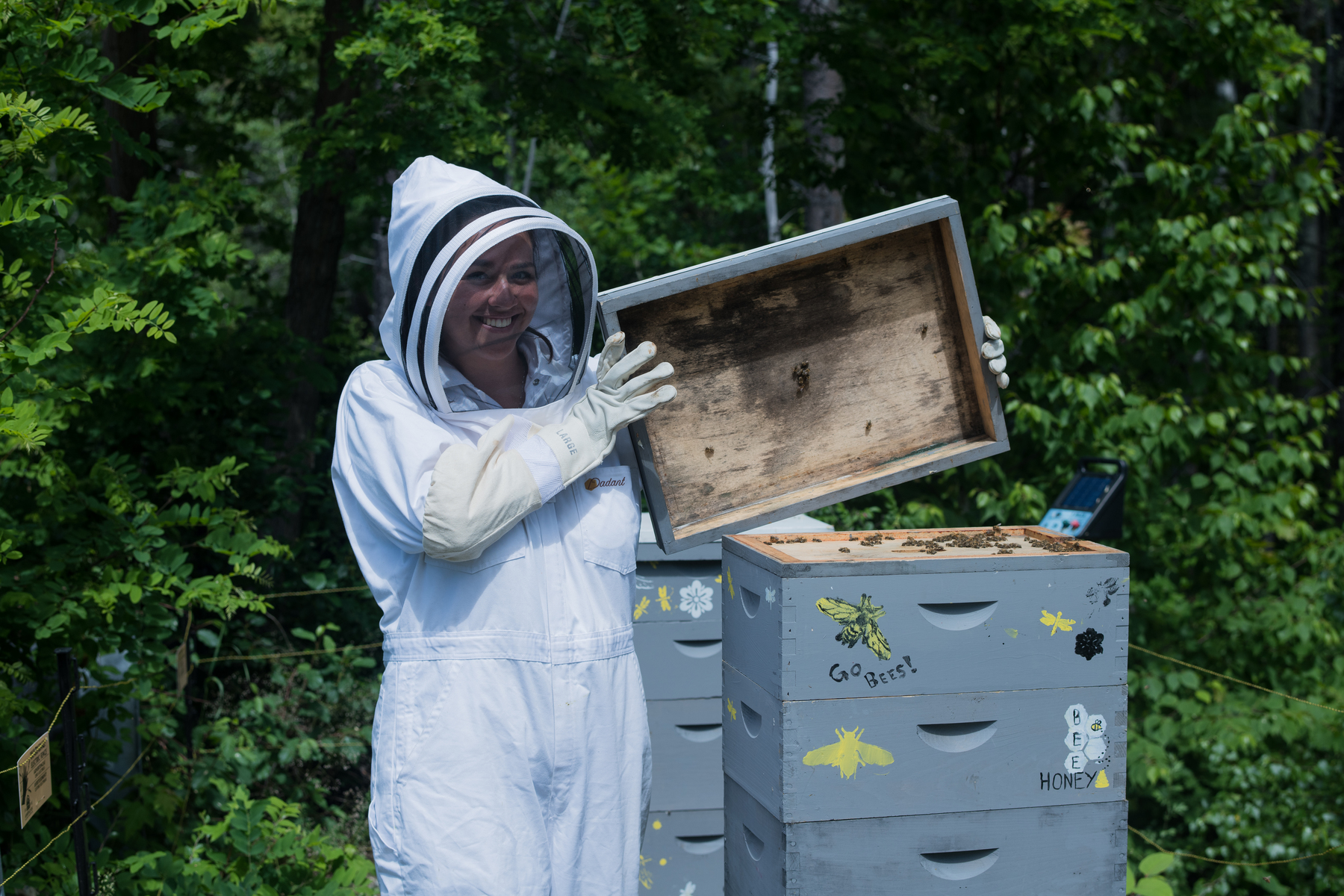 Honey bees have been around for more than 100 million years, pollinating plants, flowers, and trees including over one-third of the food we eat. Bees provide $1.6 billion worldwide in economic value, underscoring their importance and role. They collect pollen and nectar and produce propolis, honey and wax, each having multiple uses. Honey bees function in colonies of thousands of individuals with a division of labor and an extremely complex social structure.

Today, bee populations are being negatively impacted by a number of anthropogenic causes. A major cause of the decline of bee populations are insecticides, specifically neonicotinoids. These chemicals represent the fastest growing class of insecticides, and effect the bees on contact. They increase motor activity, weaken their ability to learn, and weaken their long term memory, often causing the complete collapse of a hive.

The undergraduate UNE Honey Bee Conservation Club is working to combat the decline of honey bee populations and bring awareness to the importance of honey bees and their plight. In the spring of 2017, the club was formed, and two hives were set up through a generous donation of equipment. The hives can be found on the Biddeford campus nestled between parking lots 28 and 18.

Since its creation, the UNE Honey Bee Conservation Club has grown and been successful in keeping happy, healthy bees as well as harvesting honey from the campus hives. During the fall 2018 semester, the club harvested eighty-seven jars of honey that they then sold as a fundraiser at the first-ever Edible Campus Market held in the Danielle Ripich Commons. This process contributes to UNE’s Edible Campus Initiative. Going forward, the club will continue to sell honey at the Edible Campus Market held once each fall and spring semesters whenever the bees are productive.