School of Mathematical and Physical Sciences

Bachelor of Science in Chemistry

If you’re excited at the prospect of studying chemistry at a major research university but want the personal attention offered at a small college, UNE’s Bachelor of Science in Chemistry gives you the best of both worlds. You’ll learn important chemical principles of analytical, biological, organic, inorganic, and physical chemistry, integrating theory with experimentation through labs and an uncommon breadth of undergraduate research opportunities. Our hands-on emphasis builds confidence in classic and state-of-the-art instrumental techniques while developing the problem-solving and communications skills you’ll need in the workplace. 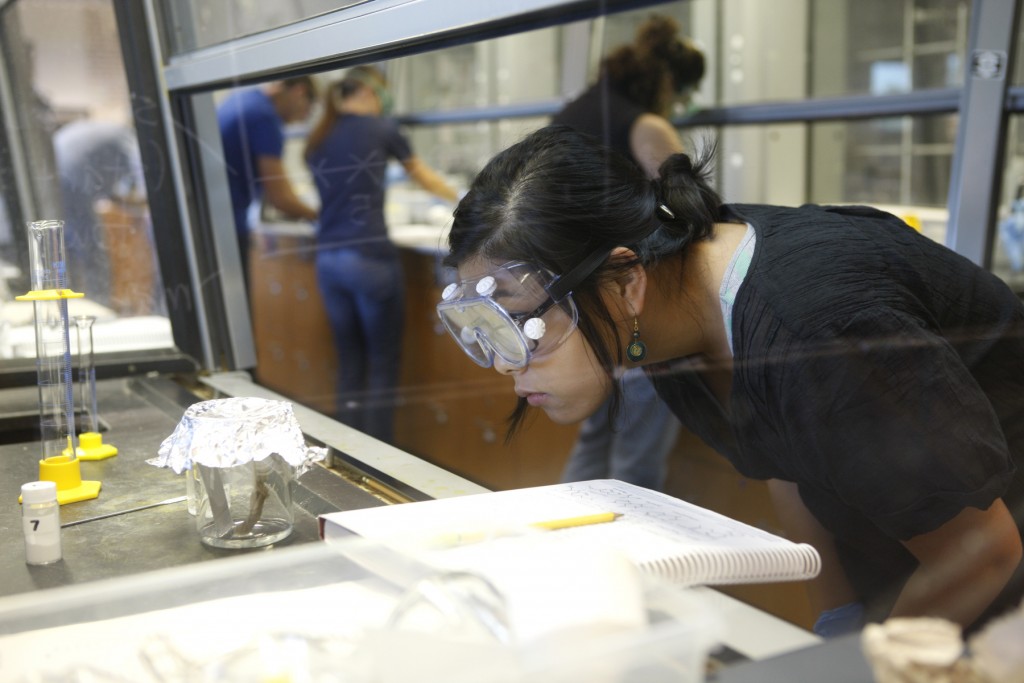 Why UNE for Chemistry

The first institution in Northern New England to adopt the Green Chemistry Commitment, UNE integrates green chemistry theory and practice into our Chemistry curriculum. We provide hands-on laboratory experiments, lectures from experts, and an emphasis on mentored chemical research – all in an effort to prepare our students for a 21st century workforce that will be focused on chemical solutions to societal problems. 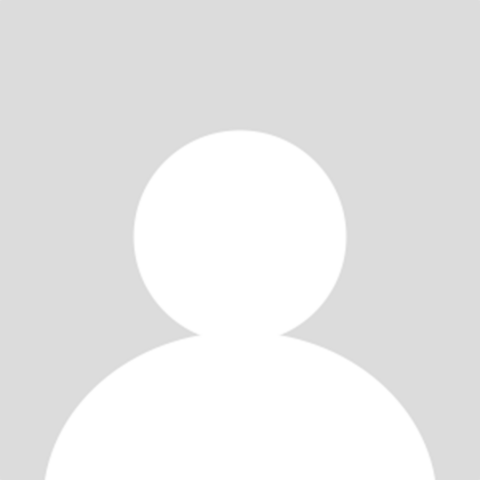 Your core courses will cover the foundations of chemistry and all of its subfields, while you can select areas of modern chemistry to study intensively as elective courses and through research. You’ll also cover lab techniques, experimental design, data analysis and interpretation, scientific literacy, and scientific communication.

To learn more about the program visit the Academic Catalog.

We offer qualified students the option of graduating with Honors. This includes significant research, scholarship or creative activity under the direction of a faculty member. Interested students should consult with their major advisor.

Meet our Faculty and Professional Staff

Our students have landed jobs with Shell Oil, IDEXX, and the U.S. Office of Naval Research. With a solid foundation in all chemistry sub-fields, knowledge of laboratory techniques, the critical thinking skills you develop as a researcher, and the interpersonal skills you gain through internships and collaborative work with peers and faculty, you too will be poised to begin your successful career in a number of professions, including:

Whether you have a specific career goal in mind or a vague idea of the field that interests you, Career Advising is here to help you plan your next step.

UNE is the first institution in Northern New England to adopt the Green Chemistry Commitment (GCC) — joining a consortium of approximately 40 other institutions of higher education nationwide which will share resources toward meeting common student learning objectives that are endorsed by leaders in the chemical industry.

Many Chemistry majors at UNE consider their close work with faculty on research projects to be the highlight of their college education. Beyond the lab, we provide opportunities for hands-on learning through internships as well as Chemistry Club events and demonstrations — because at UNE, we believe in learning by doing.

From synthesizing small molecule drugs and designing catalysts for chemical reactions to imaging biomaterials and exploring environmental toxicology the ability to work closely with a faculty member on a research project is one of the highlights of our undergraduate program.

Listed below you will find descriptions of the research being carried out by our faculty.

Overall, Dr. D is passionate about finding ways to interest students in science and in learning new ways to integrate teaching and research in the classroom (i.e. chemical pedagogy).

Along with interested UNE students and scholars, Stephen Fox, Ph.D., plans to:

Research in Amy Keirstead's (Dr. K) group covers a wide variety of traditional areas, from synthetic organic chemistry to photochemistry, spectroscopy, materials science, and green chemistry, and undergraduate students will gain experience in all of these areas. Two major pieces of equipment are used for this research: a photochemical reaction chamber, which is a steady-state instrument, and a nanosecond laser flash photolysis system, which uses a nanosecond laser and fast detection system to monitor reactions as they happen on the nanosecond to millisecond time scale.

Several areas of research are being explored in Jerome Mullin's, Ph.D., laboratory. One area is focused on the determination of heavy metal distributions in sediments from the Gulf of Maine, local rivers, and the Bering Sea, in an attempt to evaluate current levels of heavy metal pollution and identify degrees and sources of anthropogenic inputs of these elements. Of particular interest are the baseline heavy metal distributions in the Bering Sea, a relatively sparsely populated area of high primary productivity still considered to be largely unpolluted. Metals that have been determined to date, using atomic absorption spectroscopy and anodic stripping voltammetry, include cadmium, lead, and chromium.

Another area of research involves the spectroscopic and electrochemical characterization of a series of Group-14 and 15 metallacyclopentadienes (metalloles). These interesting compounds, which have unusual photoluminescence properties, show promise as monomeric units for the design of conducting polymers, for use in energy-transfer applications, as emitting species in light-emitting diodes (LEDs), and as components of chemical sensors. Luminescence quantum yields for the compounds recently have been determined and luminescence quenching studies are ongoing. Of special interest is the dramatic aggregation-induced emission (AIE) exhibited by many of these compounds, in which luminescence yields are increased by over two orders of magnitude compared to the unaggregated compounds. Current directions in this research also include the development of substituted metalloles designed for increased water solubility, improved luminescence yields, and for use as luminescent probes.

Photoluminescence is also the subject of research involving compounds containing a rare earth ion, e.g., Tb(III), Eu(III), or Dy(III) and the dicyanoaurate or dicyanoargentate ions. These compounds appear to have energy transfer characteristics that lead to "tunable" excitation of rare earth photoluminescence.

One major research area in Deena Small’s, Ph.D., laboratory is the investigation of how proteins belonging to the Jagged1/Notch and Fibroblast Growth Factor (FGF) families interact and regulate adipocyte differentiation in response to hormones such as insulin. Since adipose tissue development and function is also dependent on the ability of the mature fat cells to secure a vascular system that will support its metabolic requirements, the study also includes analysis of Jagged1/Notch and FGF interactions as a regulator of angiogenesis- the formation of new blood vessels from the existing vasculature.

The second research project in The Small Laboratory is a toxicology study that characterizes the effects that Polybrominated Diphenyl Ethers (PBDEs), chemicals used as flame retardants in a variety of household goods, have on mesenchymal stem cell differentiation. In particular, research is focused on analyzing the effects that these endocrine-disrupting chemicals have on mesenchymal stem cell growth dynamics and their ability to differentiate into adipocytes and osteoblasts. These studies also document the impact that early PBDE exposure has on the formation of adipose and bone. The ultimate goal of both projects is to understand the connection that these signaling mediators have on human health and disease. Both research projects use a combination of cell culture and in vivo biomedical models such as the mouse and zebrafish. Techniques include standard biochemical/molecular biology methods including quantitative RT-PCR, immunoblot, and ELISA. In addition, Dr. Small employs molecular techniques such as cloning to produce transgenic mice and zebrafish for the studies. These projects involve collaborations with scientists from UNE, Maine Medical Center Research Institute, SUNY Geneseo, University of Maine, Bates College and University of Quebec, Montreal.

The first area of Jon Stubbs's research is focused on DNA sensor microarray technology, which is composed of single-stranded DNA oligomers bound to a surface. The development of this technology relies on knowledge of DNA denaturation or "melting" and hybridization transitions, and their sensitivity to many variables has left several questions unanswered, such as the mechanism by which changes in physical environment between solution and bound DNA act to influence hybridization, or competitive adsorption of nearly identical sequences.

The second area attempts to improve upon separation technology using fairly innocuous materials such as supercritical carbon dioxide and polyethylene glycol to achieve what traditional processes do with more detrimental materials. Molecular simulations allow the modeling of such systems with the goal of optimizing solvation conditions and is done by carrying out calculations with varying thermodynamic (e.g. temperature and/or pressure) conditions and compositions.

James Vesenka, Ph.D. (Dr. V) conducts research in the self-assembly process of four-stranded “G-wire” DNA using scanning probe microscopy (SPM). He is interested in understanding the kinetics of the self-assembly process and the interaction of the G-wire DNA with substrates and double-stranded DNA. G-wires make exciting candidates for possible nano-electronic devices, so he is interested in their electronic properties and the ability to manipulate the self-assembled structures at the microscopic level with the SPM. With the advent of fast local area networks he has safely connected the sensitive SPM to the noisy environment of the introductory physics lab using virtual network computing.

Dr. V also conducts research in the area of physics pedagogy. He is developing more effective means for teaching introductory physics through the use of multiple representation learning tools, also called “modeling,” which includes better student evaluation procedures. He has organized two workshops to train pre-service and in-service science teachers in Maine and California for the summer of 2000.

You may intern at sites including hospitals, private or government labs, educational institutions, or science centers. We partner with several prestigious employers that provide internships, including:

For more information, contact the College of Arts and Sciences Internship Office Chemistry contact Cynthia Simon at (207) 602-2540 or csimon@une.edu.

Morgane Hall houses the general chemistry, general physics, and biochemistry teaching labs as well as some small research labs. The advanced chemistry teaching and research labs are located on the third floor of the Alfond Center and the first floor of the Pickus Center. Pickus has flexible biochemistry research space, where you work with faculty using a wide range of modern chemical and biochemical instrumentation in facilities designed to be conducive to learning and research productivity.

Take a Virtual Tour of the Alfond Center

Electrochemistry
Chromatography
Instrumentation available in other departments
Microscopes
Miscellaneous Instrumentation
Spectroscopy
You might also be interested in
B.S. in Biochemistry
Chemistry Facilities
Life at UNE