The history of our Portland Campus 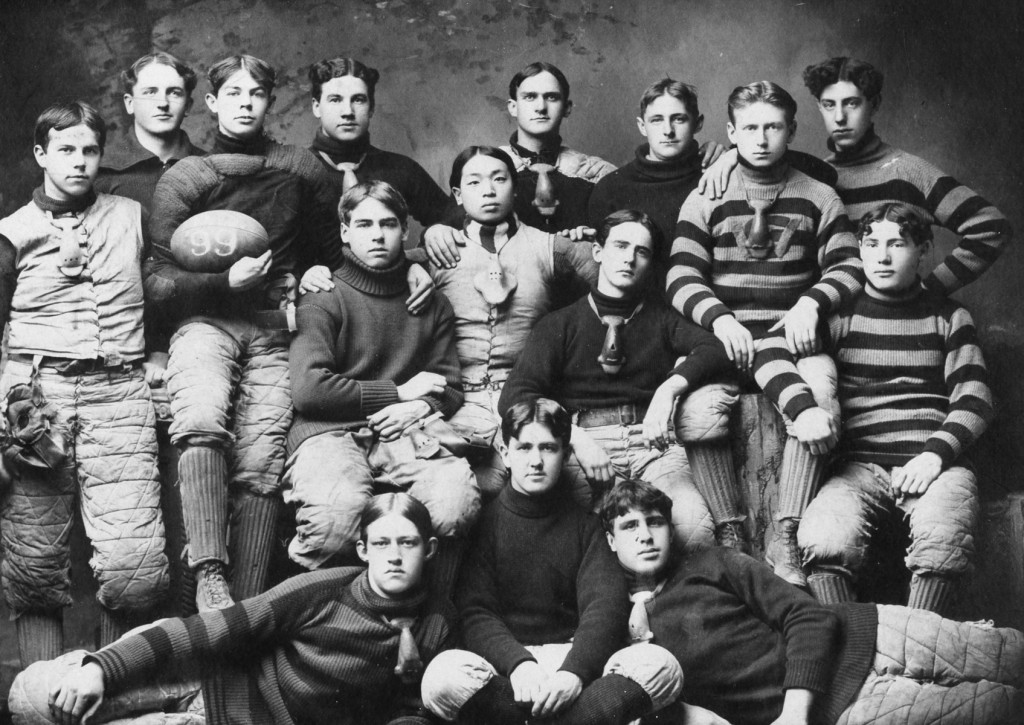 Westbrook Seminary, a co-ed boarding school that existed for 91 years, had its beginnings in September 1830, when the Kennebec Association of Universalists resolved that a school that would promote "piety and morality" be established at Steven's Plains in Westbrook. The Universalists, whose belief in salvation for all people differed from the Calvinist belief in salvation for those who had been divinely selected, wanted their young people to have an educational environment that would not conflict with or refute their religious beliefs.

The charter for Westbrook Seminary was signed by Governor Daniel Smith on March 4, 1831. The campus's original eight acres were a gift to the Association from Zachariah Stevens (Steven's Plains and the present Stevens Avenue were named for him) and Oliver Buckley. Three years passed before the first class was held on June 9, 1834 in the newly constructed Seminary Building, which is now called Alumni Hall.

Tuition was three dollars for "common English studies" and four dollars and a half for "languages and branches of the mathematics." Male and female students, who were "admitted to equal privileges," boarded in neighboring homes for a dollar and a quarter a week. For comparison purposes, it is interesting to note that Lowell mill workers, many of whom were the same age as the seminary students, earned $1.60 a week, which was considered a good wage.

Although it was founded by the Universalists and its first principal was Steven's Plains Universalist, Westbrook Seminary did not teach any sectarian doctrine. However, students were required to attend daily devotional exercises and services. After All Soul's (Ludcke) was built, students who did not have written parental permission to attend another church were obliged to attend services there. This regulation continued until the 1930s.

Strict rules governed the students' behavior in and out of class. A late 19th-century catalog states that the Seminary is "not a suitable one for those who are idle, wayward, or averse to study." In 1886, female students informed the Seminary president that for one week they would disregard all rules that they thought were too restrictive. One of the rules that they ignored was the one that required them to be escorted or chaperoned if they walked to Morrill's Corner.

By the 1890s, the Seminary offered four courses of study: a three-year English course and four-year programs titled scientific, ladies' classical, and preparatory. Young women who completed the ladies' classical or the scientific course received either a Lauriate of Arts or a Lauriate of Science, degrees that seemed to be unique to Westbrook. In the last part of the 19th century, the Seminary added chemistry and physics labs to Alumni Hall and promoted a serious interest in athletics that lead to the construction of McArthur Gym in 1900.

When Clarence Quimby became Seminary president in 1914, he attempted to convince the trustees and faculty that they should concentrate on women's two-year college education. Unable implement his plan, he left in 1920. Within five years, however, cost of co-ed education and competition from other prep schools convinced the trustees to authorize the Seminary to add a two-year women's college curriculum. The last co-ed seminary class graduated in the spring of 1925.

Gradually, the junior college added courses of study to its curriculum. By 1936, three years after it dropped its preparatory program, the institution had 11 programs, seven of which prepared young women to transfer as juniors to four-year colleges or universities. Westbrook Junior College's career-oriented two-year programs increased its enrollment from 27 in 1933 to 370 in 1947.

Because Goddard and Hersey could not house all the students, the junior college purchased buildings on College Street and Stevens Avenue for senior students who were supervised by either house mothers or faculty who lived in these small home-like residences. Several of these houses also contained classrooms.

During 1960s, the junior college, with the assistance of major grants and federal money, constructed six buildings - Linnell, Ginn, MacDougal, Alexander, Blewett, and Coleman. Despite their size, the dormitories were easier and less costly to maintain than the numerous smaller houses. They also permitted more regulated supervision of the resident students.

During the seventies, the Art Gallery was the only new building on campus. The campus itself, however, increased in size when the college exchanged property on Stevens Avenue for 25 acres of woods and fields.

Two major academic changes occurred in the 70s. Looking toward the future, the trustees legally changed the institution's name to Westbrook College. Federal legislation mandated that federal funds could not be granted to colleges that practiced gender discrimination so Westbrook College returned to co-education.

The first Westbrook College male students enrolled in the 1973 fall semester. In the 1980s and early 1990s, the College continued to build upon the 1970s decisions. Westbrook made a firm commitment to four-year programs that combined liberal arts with professional education. The new Josephine S. Abplanalp '45 Library opened in 1986, contributing to the College's academic strength, while the new Beverly Burpee Finley '44 Recreation Center was completed in 1989, providing sports and leisure opportunities.

Despite new programs and buildings, the College in the late 1980s and early 1990s found itself caught in national trends of enrollments that especially hit small colleges hard. By the mid-1990s, College trustees began looking at other institutions for a possible merger.

Today the Westbrook College Campus, now known as the Portland Campus, is home to two of the University’s premier Colleges.

The recently renamed Westbrook College of Health Professions is a model for interdisciplinary health and wellness. With more than 1,000 students, faculty, and professional staff working in graduate programs in Social Work, Physician Assistant, Pharmacy, Occupational Therapy, Physical Therapy, and Nurse Anesthesia, and with undergraduate students in Nursing and Dental Hygiene, the WCHP honors the academic legacy of Westbrook College.

WCHP is also home to the Interprofessional Simulation and Innovation Center, which employs high-tech patient simulators that are integrated with computer programs in real time so these "patients" can actually respond to students’ actions and can even hold "discussions" surrounding their care. The Interprofessional Simulation and Innovation Center is also training health professionals from the region's healthcare institutions as well.

Additionally, the Portland Campus boasts three important Portland cultural institutions: UNE's Center for Global Humanities brings to campus some of the leading thinkers of our time to engage with UNE students and members of the surrounding community; the Maine Women Writers Collection, a pre-eminent special collection of literary, cultural, and social history sources by and about Maine women, was designated a national Literary Landmark and continues to host local women's studies programs and national conferences; and the Art Gallery, which reopened in April 1998, offers a series of ongoing exhibitions of art and photography and houses a distinguished permanent collection.